Councillor Andrew Wood
Councillors are paid Allowances by Tower Hamlets Council, the amount depends on their status, for example Cabinet or Committee Chairs are paid Special Responsibility Allowances, I only receive the basic Councillor allowance which is £974.42 a month but after National Insurance is deducted the net amount I receive each month is £953.13 a month (see below) or £11,437 a year. We receive no pension.

Between June 2018 and February 2020 - I received a Special Responsibility Allowance worth £5,000 a year before taxes as Leader of the Conservative Group on the Council but that stopped when I stepped down as leader when I quit the Conservative Party.

In theory Allowances are meant to pay all of our expenses except extra travel and child care costs which can be claimed on top of Allowances which I have never done. This can be confirmed by looking at the most recent annual statements here
I also get a special car parking permit that allows me to park in Council parking bays across the Borough. We have access to Tower Hamlets Council IT systems via a Council supplied laptop and the use of desk phones & printers in Mulberry Place but I use my own phone and laptop.

But Councillor Allowances are also a form of salary for which we are supposed to be doing around 15 hours a week. Most Councillors work full time so a Councillor Allowance is not meant to be enough money to live on unlike an MP's salary which is a full time political role. There is no rule on how much allowances you use on expenses and how much is salary to pay for day to day living. It will fluctuate month to month and Cllr to Cllr.

So what have I spent my allowance on?
A lot of the money I have spent in the last 7 years has been related to my work on the Isle of Dogs Neighbourhood Planning Forum which I have funded myself until we receive funding from central government. I have been too busy to add it all up but I suspect I have spent most of my allowances on the items above.

However I should also declare that I have attended the following dinners at Conservative Party Conferences; Since they were held in conference rooms not restaurants it was not possible for me to pay my share.

My most recent payslip is below, I have removed some personal information like address and bank account details 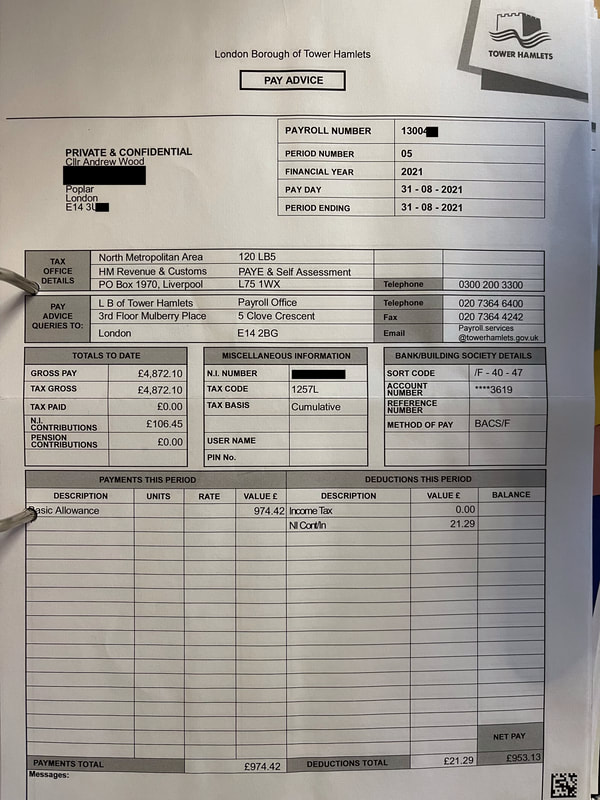 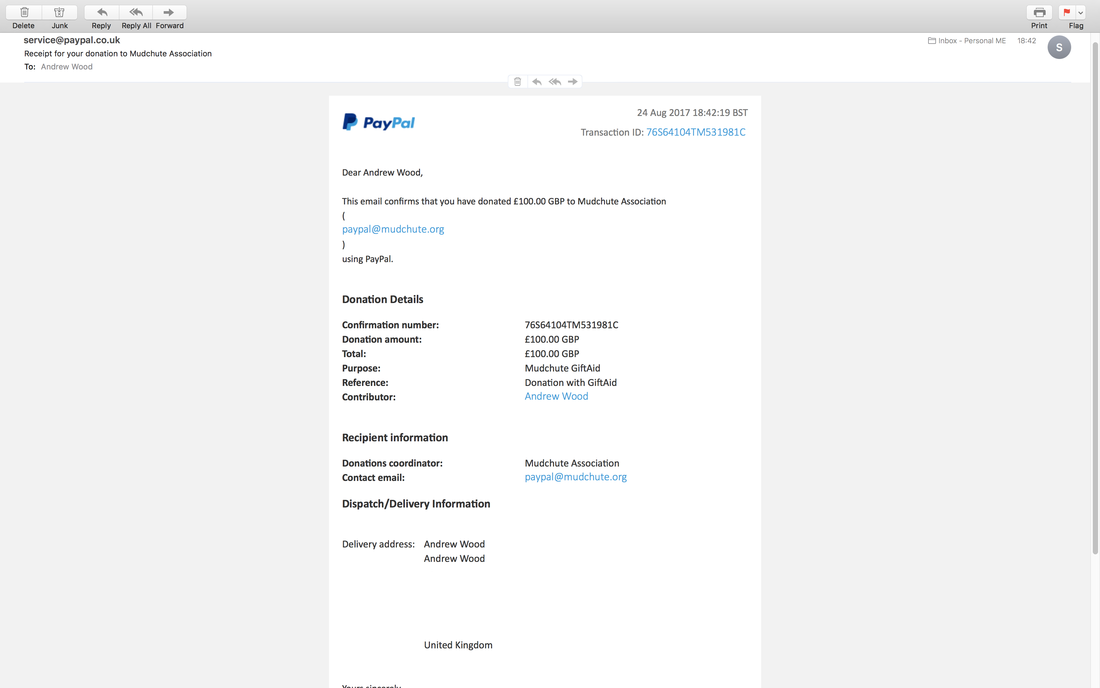 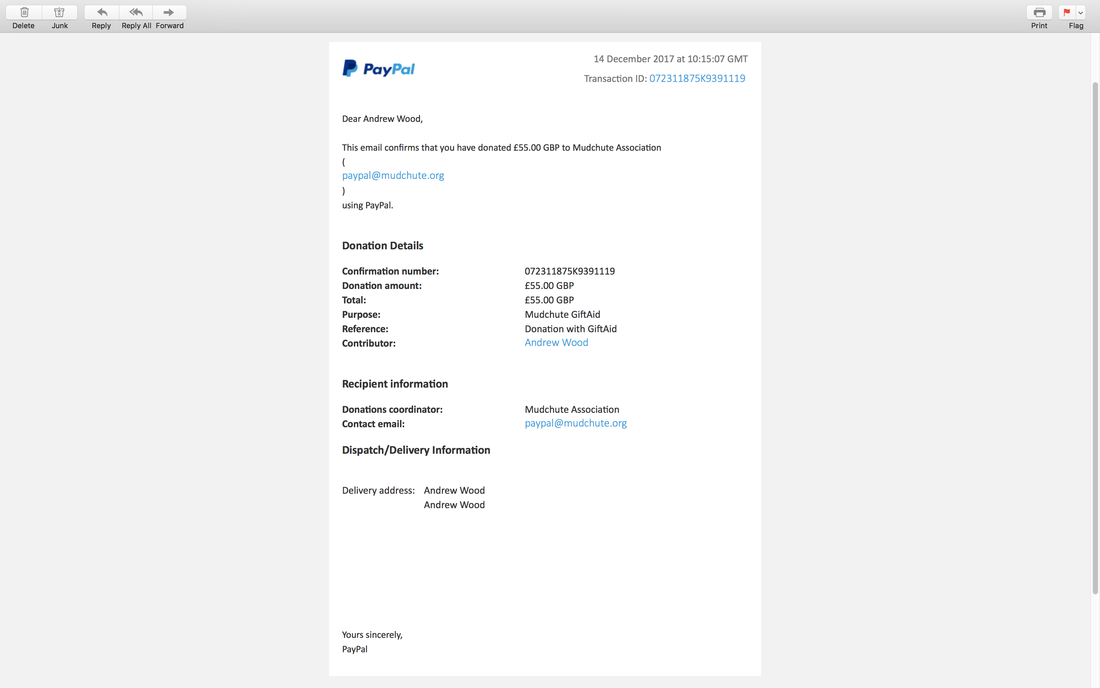 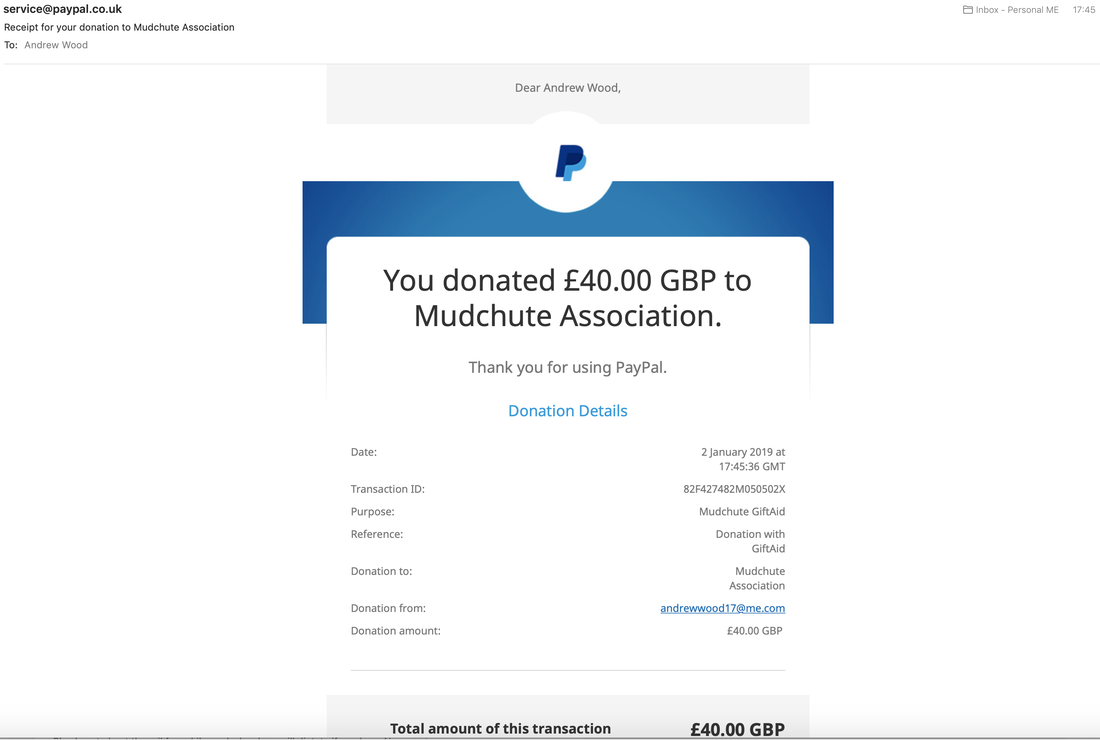